10 Classic Cars that are just Pure Class and ooze Coolness

Very few classic cars make you stop and go wow. Even fewer are remembered as timeless classics. Those nostalgic movies in black and white, that has us reliving our youth, always wondering what if, why we didn’t buy our dream classic car. Maybe you can count 10 or 15 of the must have classic cars you should have in your private collection if money wasn’t an option. Let’s not mistake old or vintage cars with those classic cars that ooze coolness.

We’ll work our way through 10 Classic Cars that are just pure class going all the way back to the 1960’s. Classic cars and muscle cars, well not the ultra-rare barn finds, are no longer just limited to 10-20 miles from our doorstep, with logistics companies and classic car shipping logistics specialists they can be sourced worldwide in almost every major city across the globe, from car shows, auctions to the even more popular weekend car coffee cruises. 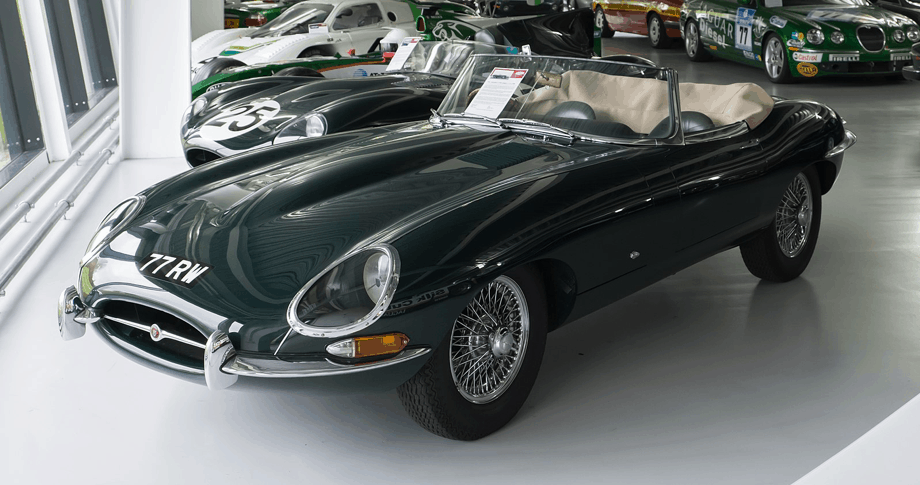 Classic cars like Jaguar’s E-Type was one of the sexiest cars in the 1960’s. So sexy that even Enzo Ferrari called it “the most beautiful car ever made”, and it had Hollywood’s A List lining up to own one. It followed a proven Jaguar formula: sensational looks and superb performance at an impossibly low price. The E-Type used a monocoque construction, a 3.8 liter twin cam inline sex cylinder engine that was capable of a claimed top speed of 150 mph and a factory price of just $6,000, making the E-Type a motoring icon. 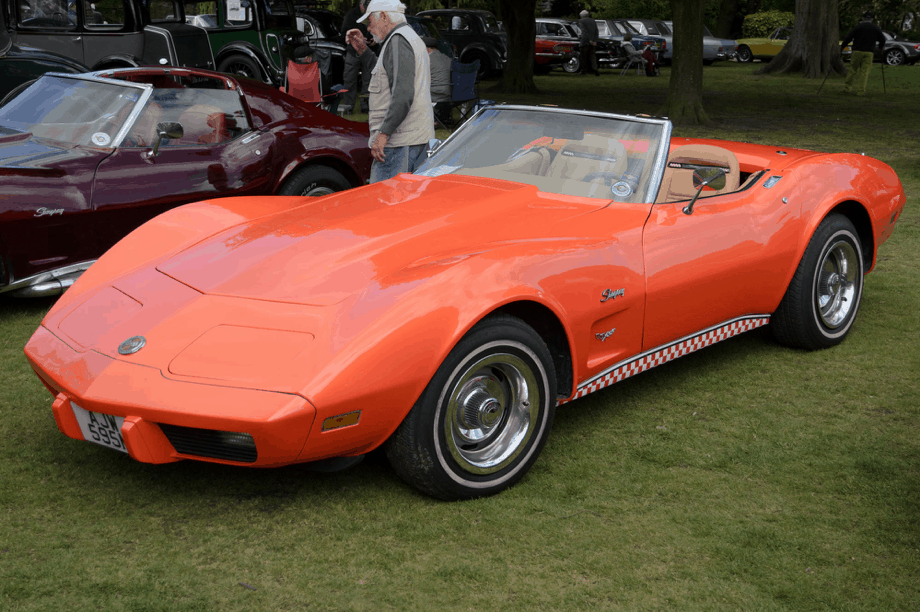 A pure American classic muscle car, no better way of describing the Corvette. The shape, the sound of that rumbling V8 along with the famous Chevrolet Bowtie logo. The Corvette has been in production since 1953, and still stops people in their tracks. 65 years of this classic car, with the most sought outs ones being a 1955 Corvette V8, 1963 Corvette Stringray Split Window and the 1970 Corvette Stringray ZR1 LT-1. This classic muscle car is easy to afford and will still turn heads, especially with the 454 Big Block engine. 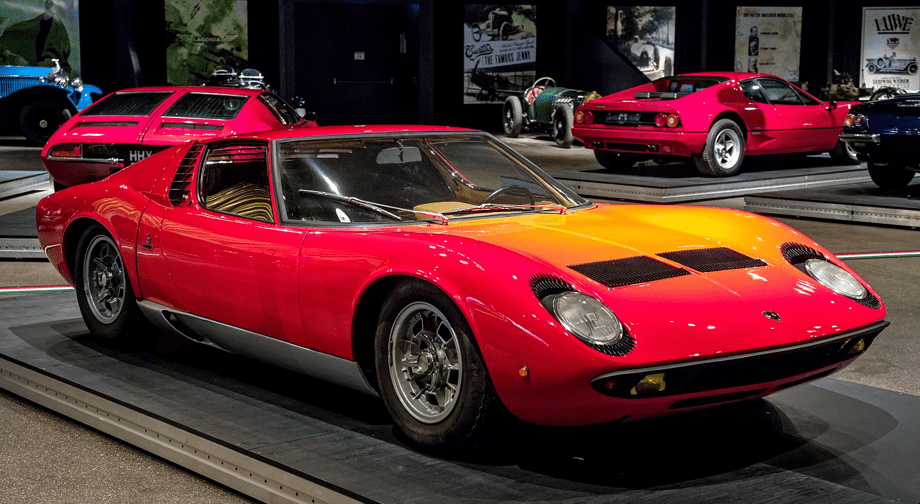 With its sleek, muscular lines and a mid mounted engine it was unlike anything seen on a road car before the Miura made its debut at the Geneva Auto Show in 1966. Created by Lamborghini as an alternative to the race car derived machines produced by Ferrari. Today we know the Lamborghini Miura as the world’s first super car, Powered by a V12, the Miura, named after the famous Spanish fighting bull breeder, which was also chosen to be the badge for the brand. The Miura carries a lot of history for the Lamborghini brand. One thing we can say about the Miura is that it looks fast even standing still. 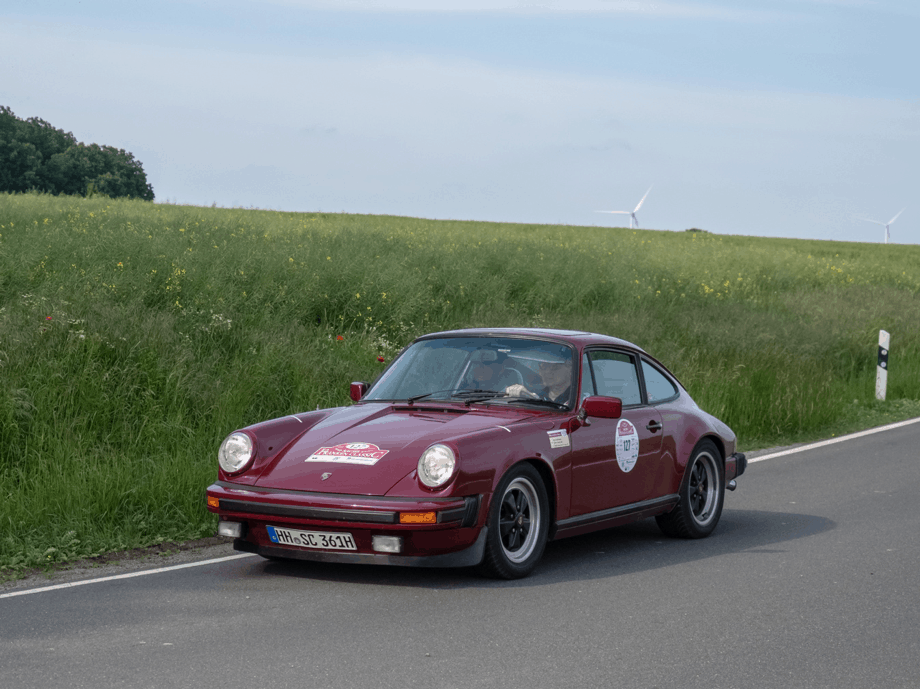 The Porsche 911 or Nine Eleven journey begins in Germany, with its characteristic clear lines and notable power makes it a timeless beauty. These cars have had a cult following for decades due to their high performance rear mounted engines and daily drive ability. As the 911 has been in constant production since 1963, there are many vintage models readily available, with the now increasingly popular air cooled models, including the limited production models and turbo variants, in mint conditions. The Porsche 911 is truly one of the classic cars of the century. Even in today’s market classic Porsche’s still retain their value. 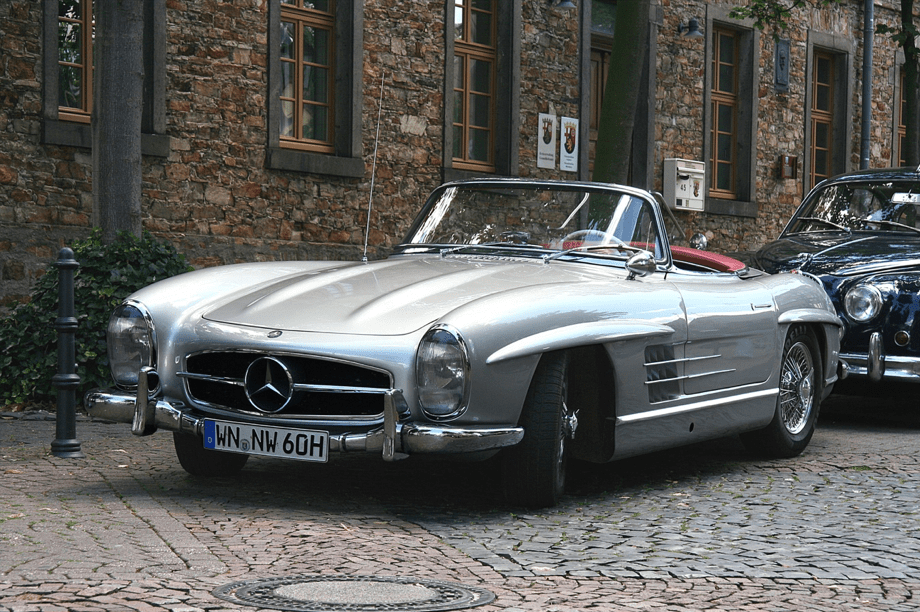 The Mercedes-Benz 300SL Gullwing is not only a special vehicle because of its famous up swinging doors, or gullwings, it was also the first ever production vehicle to offer direct fuel injection and its 3.0 litre single overhead cam straight six producing around 210 horsepower and a top speed of 160 mph. Making this car even more unique was its all aluminum body. German craftsmanship sets this vehicle apart from its competitors. 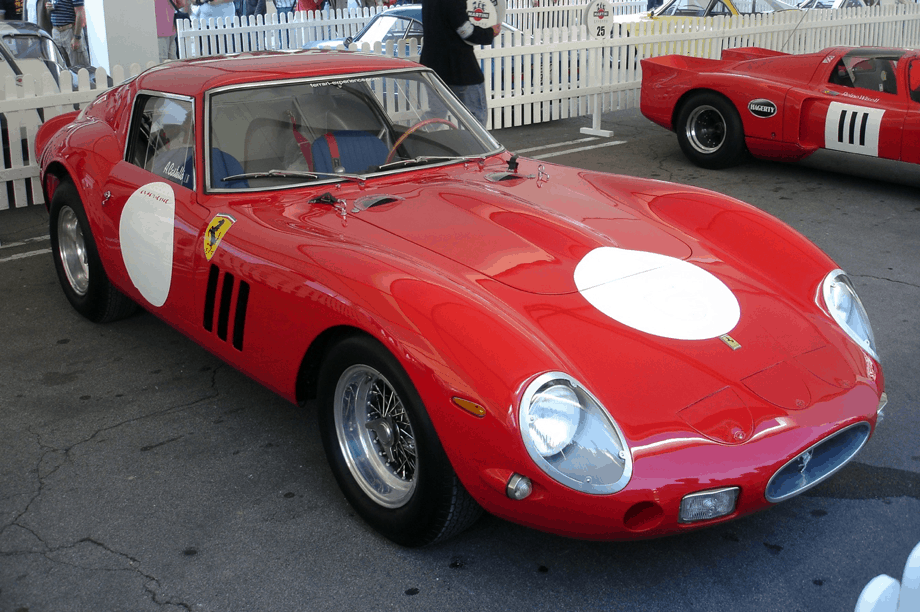 It’s one of the most lusted after sports cars in history, and also one of the rarest. The 250 GTO or Gran Turismo Omologato is a special vehicle indeed, with only 36 of these were ever made, featuring a 3 liter v12 engine capable of 300hp. The minimalist interior of a 250 GTO reflects it’s racing pedigree. There is no speedometer, carpet or head liner and seats are cloth upholstered. Each owner needed to be personally approved by Enzo Ferrari himself before being allowed to purchase one. Current record for a 1963 Ferrari 250 GTO being sold in a private sale is for $70 million. 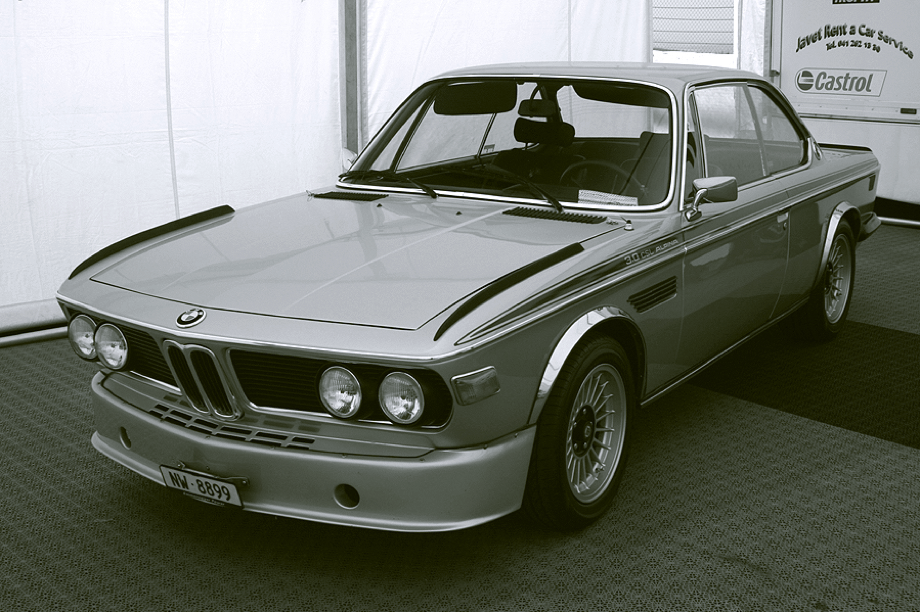 The 3,0 CSL was a special build to make the vehicle eligible for the European Touring Car Championship in 1972, with the ‘L” in the designation meaning light. This lightweight special dominated touring car racing in the 1970s. The rear wings on the 3.0 CSL were not installed at the factory, but were a aftermarket installation, because the wings were illegal for use on German roads. 3.0 CSL earning the nickname “Batmobile” for the full racing aero package. 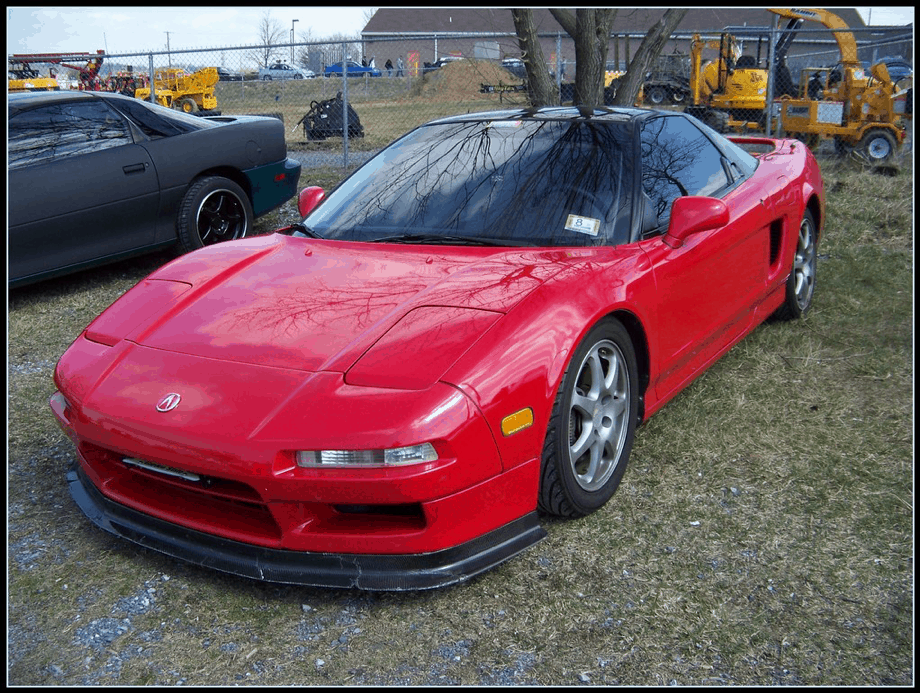 The origins of the NSX trace back to 1984, a concept car with a mid engine V6, with the intention of exceeding the performance of the then Ferrari V8 engine range, while offering reliability and a lower price. Using advanced aerodynamics and styling inspired by a F16 fighter cockpit and input from late Formula One World Champion, Ayrton Senna the NSX was born. The 3.0 litre mid engine VTEC V6 NSX was capable of 270 horsepower and became a legitimate competitor of Porsche’s and Ferrari’s. The NSX became the daily driving super car that Acura envisioned. 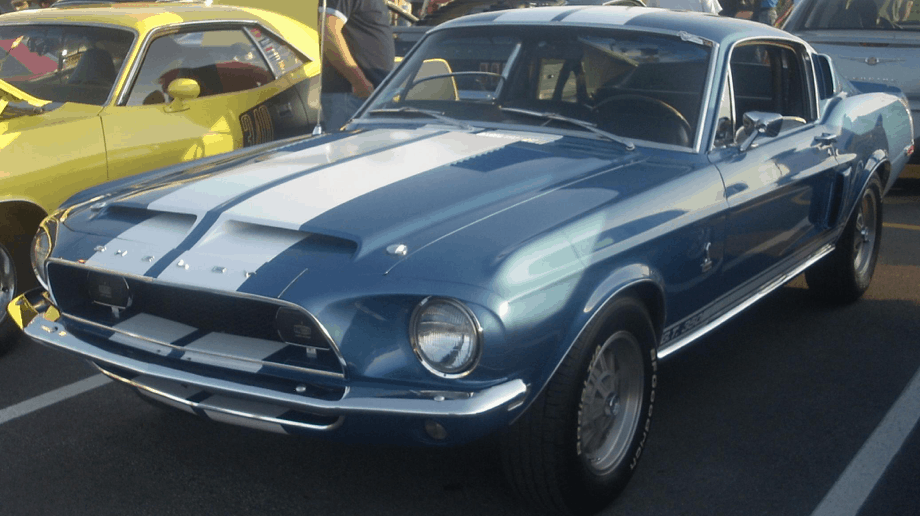 Not many cars can be any cooler that the ones carrying racing legend Carroll Shelby name. The 1965-66 Mustangs were the smallest and lightest of the GT 350 models, and were often called “Cobras”. Shelby Cobras were lucky enough to carry the Cobra emblems and were part of the Shelby marketing tie in. Powered by a 289 cu Windsor V8 modified with a large 4 barrel Holley carburettor allowed these GT350’s to produce 306 horsepower. Any Ford collector would love to have a Shelby Cobra GT350 in their collection. 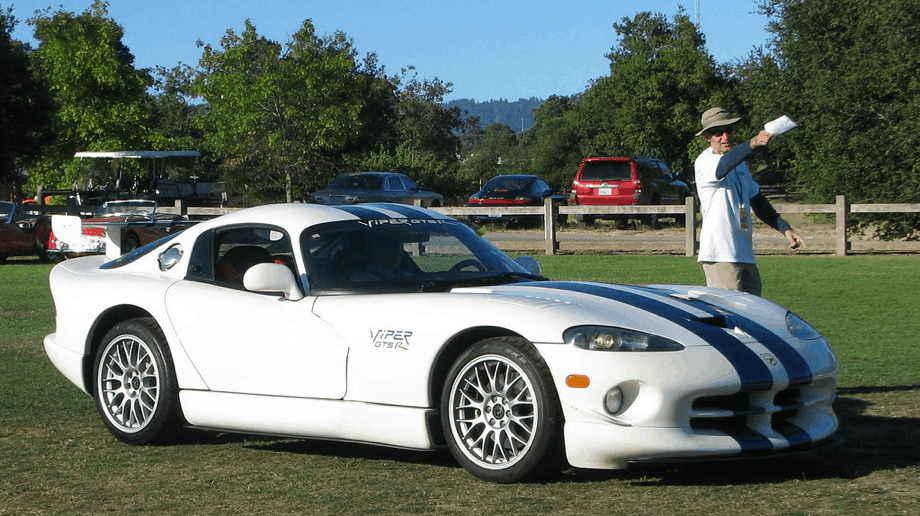 Classic American muscle car on steroids is one of the best ways to describe the Dodge Viper. With its pure acceleration and sound, it’s a performance machine. Dubbed the “Double Bubble” powered by a 460 horsepower 8.0 liter v10 engine. the 1996 GTS would be the first Viper to be equipped with airbags, air conditioning, power windows and powered door locks as standard equipment. The Dodge Viper is a real attention grabber and there are many examples available in the muscle car market, as long as you can still afford the gas bill.